The last time I did a yearly update was before the pandemic. A lot has changed since then, but I won’t be going into 2021 (that’s lost to covid), but let’s talk about 2022!

The Gregorian new year is just a milestone which I use to look back in retrospect and look forward and plan. Today I plan to just look back and reflect. I will follow up with another post about what’s in store for me in 2023 (or rather, what I plan to do in 2023).

After spending the beginning of the year in India, we (my wife Kavya and me) were back to Germany mid-January, unfortunately we caught covid on the way back. This was the second time we caught covid. Luckily it was much milder than the first, slight fever for a couple of days. Probably due to the antibodies we’d developed from vaccinations + prior covid. We took a few days to rest and recover and back to work within a week.

In March, we had a wonderful trip in visiting France (Nice, Cannes, Marseille). Travel was one of the primary reasons for us to move to EU, and it was everything we’d hoped for. 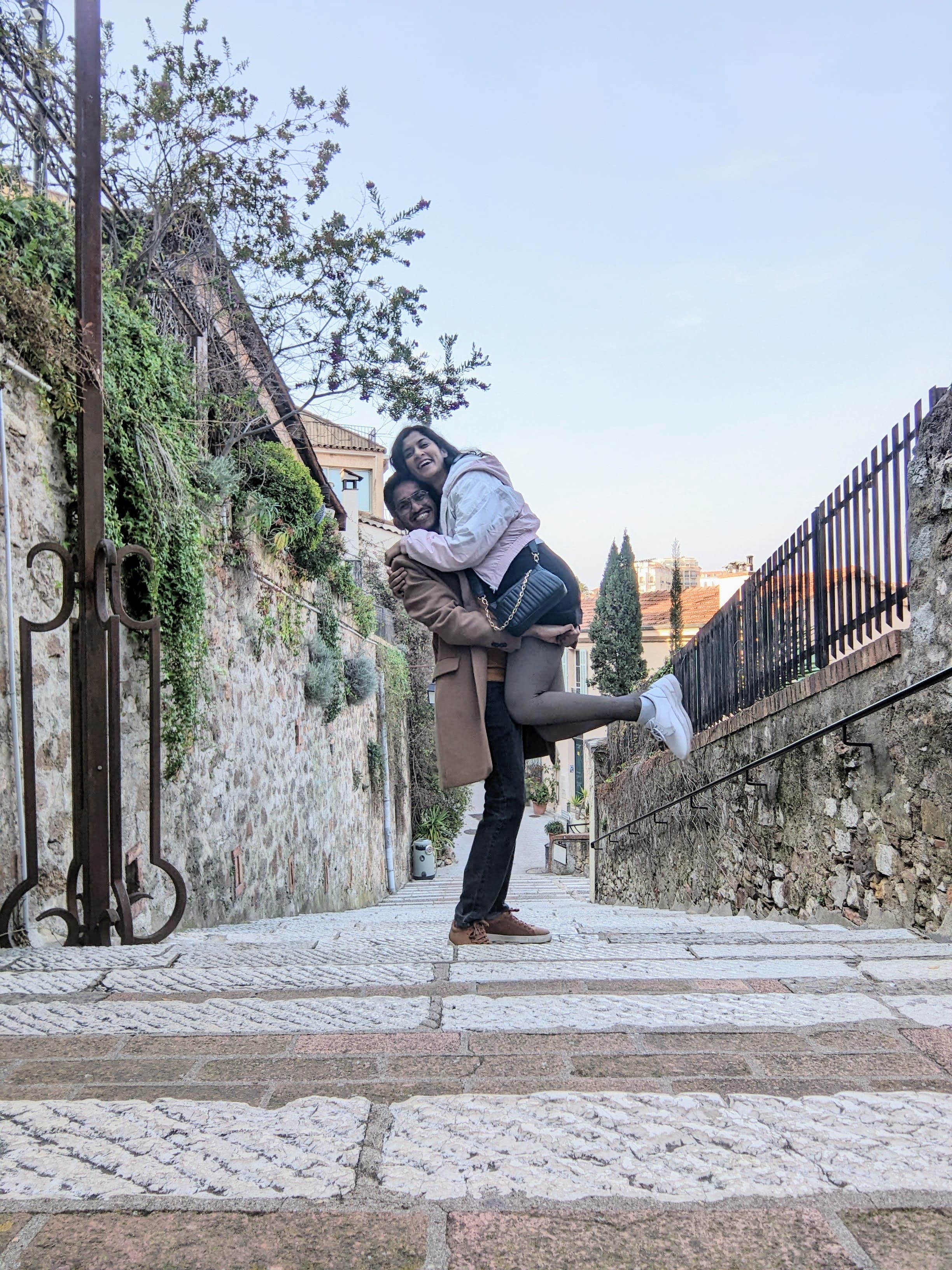 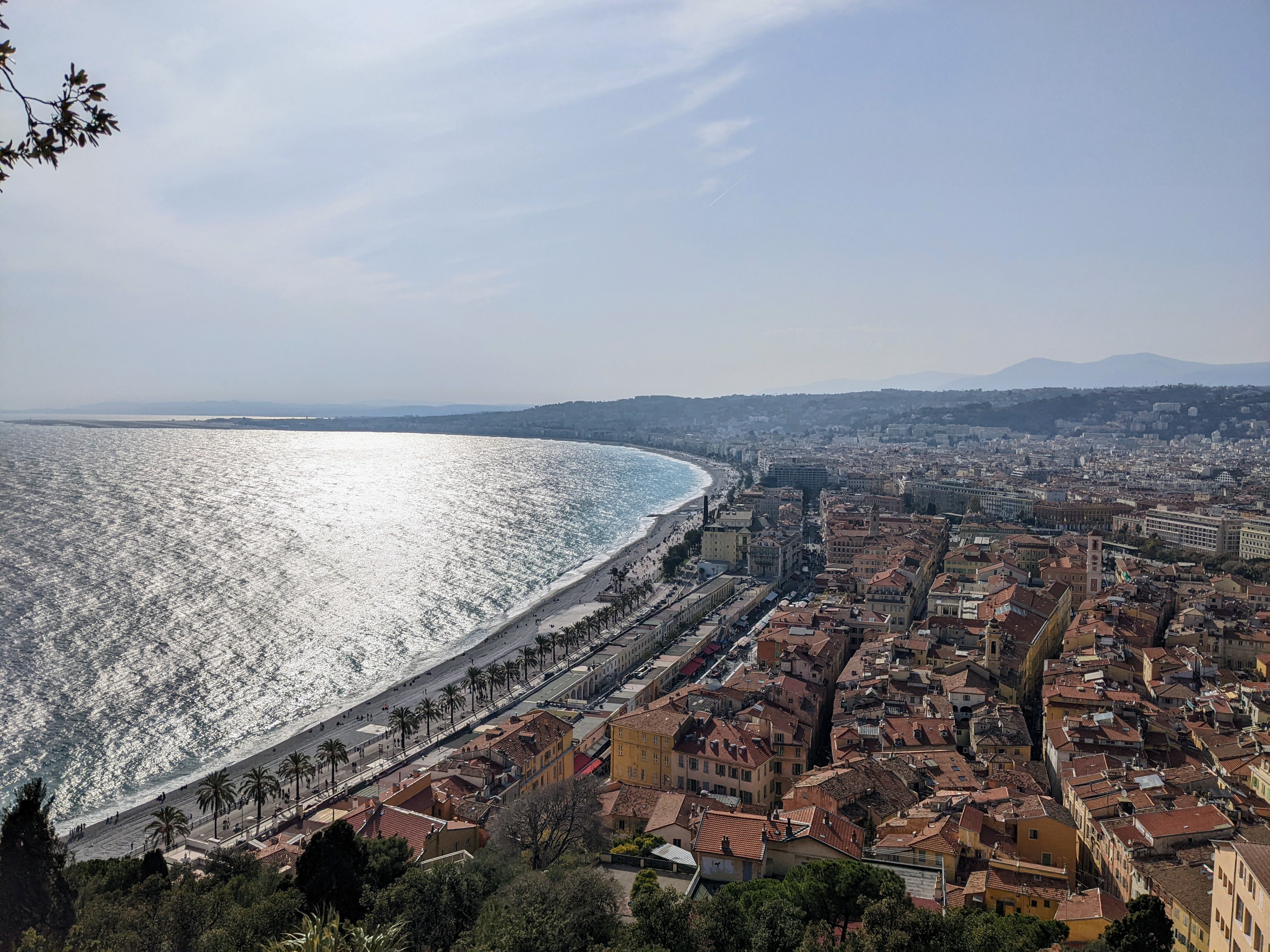 Apr-May we did a quick trip to India during to my sister-in-law’s wedding, it was a quite the contrast from the general big Indian wedding (mine had around 1500 guests ─.─||). It was a lot more intimate and much more enjoyable (this could probably be because it wasn’t my wedding). But, I was closely involved in the planning of the wedding. Overall, we had a blast!

The summer of 2022 we decided to spend our time in Berlin and not travel, the idea was to explore local parks and just relax. It was an excellent decision in hindsight, because we were able to spend a lot of time together just cycling and having picnics.

This also allowed us to walk our neighbor’s dog whenever we could. We’ve been thinking about getting a dog someday and having a first-hand experience was really nice. Generally my interaction with dogs was just petting them, so walking a dog and picking up poop was definitely an insight into owning one. 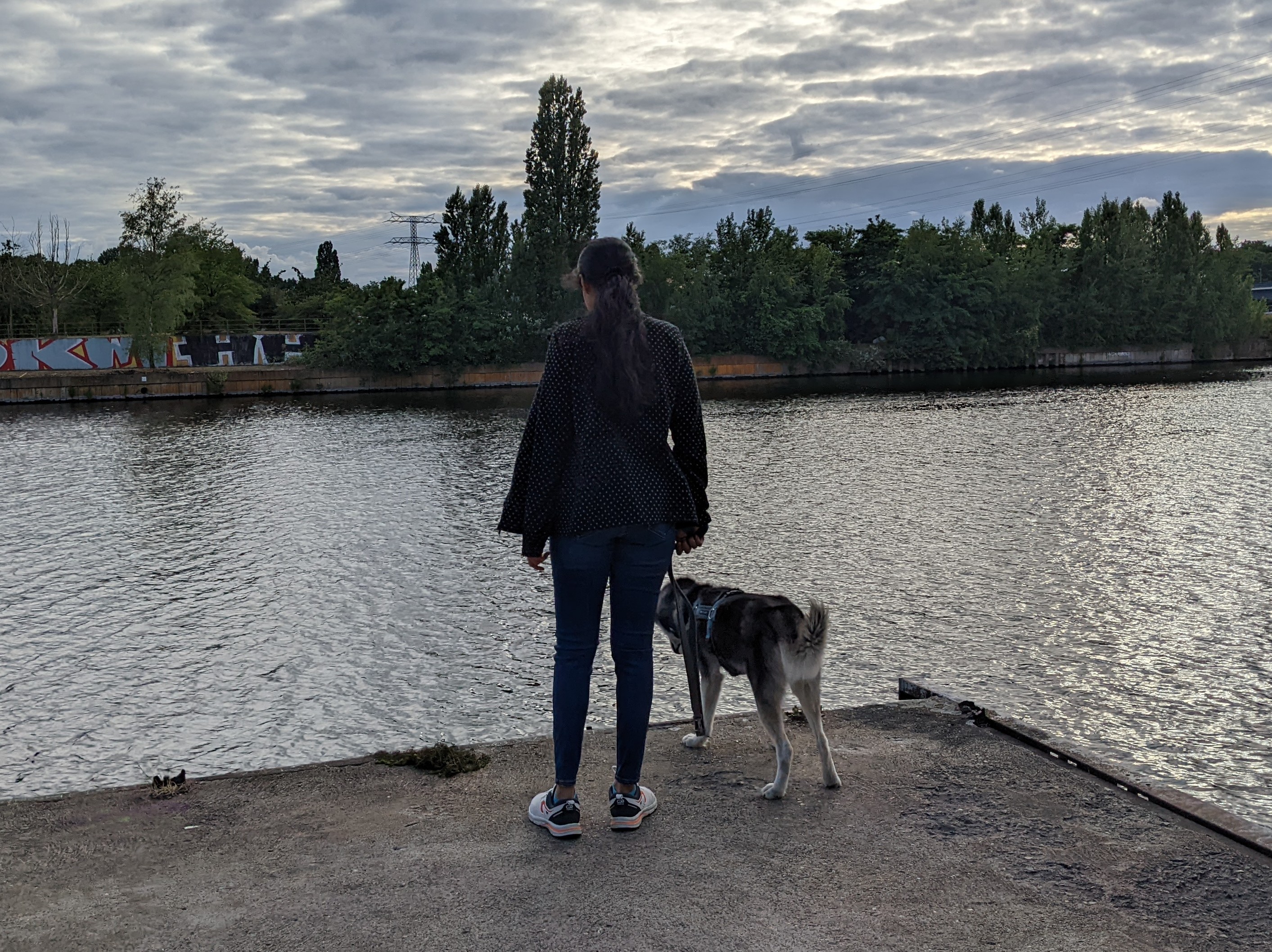 I also got a new gravel cycle which I had been eyeing for a while. This was my first cycle purchase (as an adult, and with my own hard-earned $$). Unfortunately it got stolen within 3 months. Sadly this is a common occurrence in Berlin. Funnily, I went to the basement to get the frame number to apply for bike insurance, and it wasn’t there…sigh! 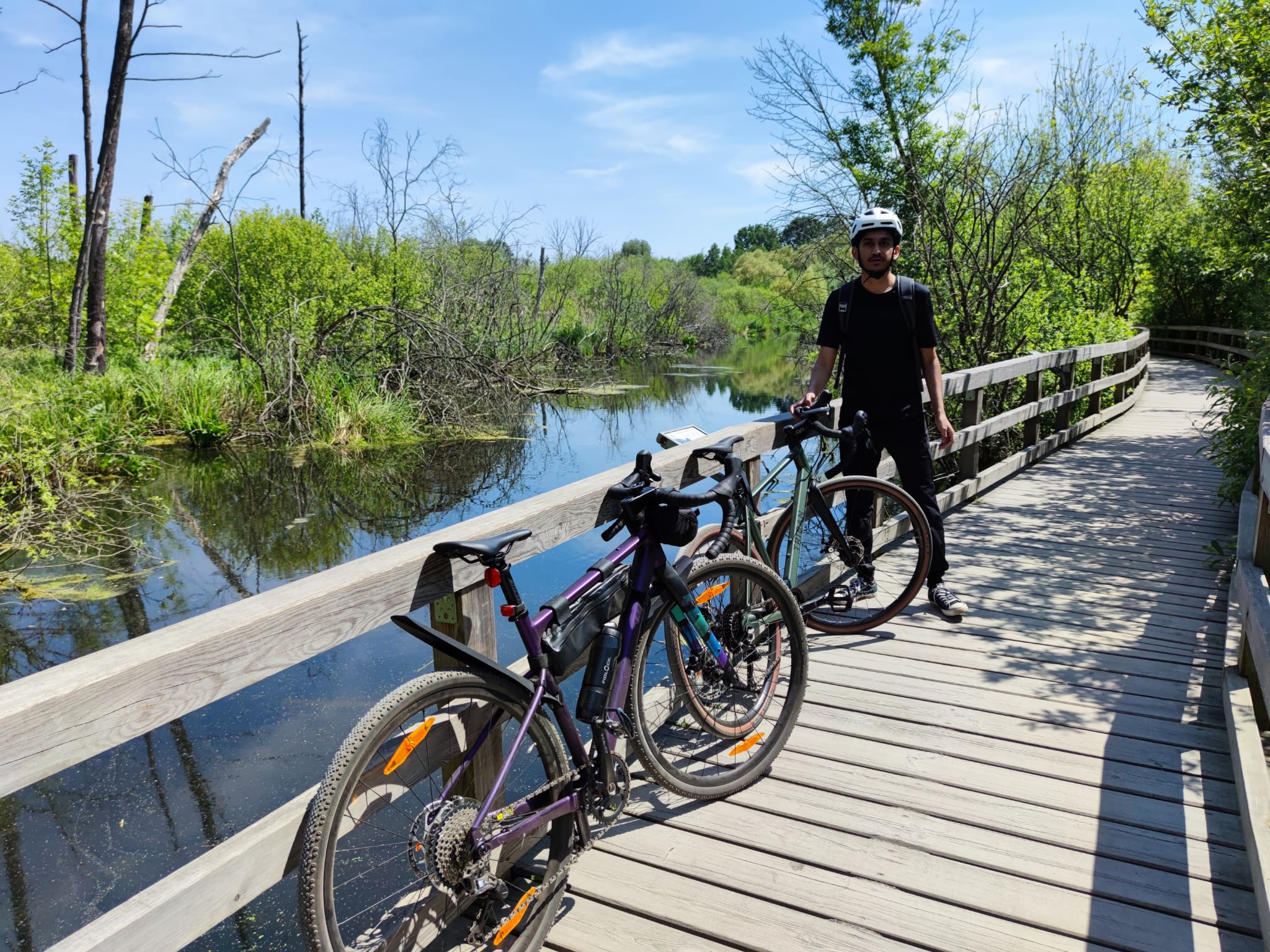 We also moved closer to the center of Berlin. Finding an apartment in https://allaboutberlin.com/guides/find-a-flat-in-berlin#is-it-hard-to-find-an-apartmentsuper hard in Berlin. We got lucky as a friend of ours noticed an apartment was emptied out and contacted the caretaker on our behalf. The contrast between the old and new apartment was immense, the old house was in a residential area and was closer to parks and the river. This meant with a lack of public transport connectivity, lack of restaurant options and being farther away from the city.

The new house though was tinier, but very well-connected, close to a bunch of restaurants. The driving force was mostly around how previously we didn’t have much of a social life since going anywhere would take 40-60m and that meant we couldn’t really make a lot of plans on the weekdays. Moving to the new house made a lot of difference, I was able to use USC a lot more. We had a much more active social life, and we really got to experience Berlin. We’ve been liking it a lot so far.

Also, previously we had furnished our apartment with the bare necessities (cough! cough! Ikea), this was mid-pandemic when physical stores were closed. We really wanted to personalize our house, this gave us a fresh start. We also tried our hand at painting, and it turned out much better than expected! 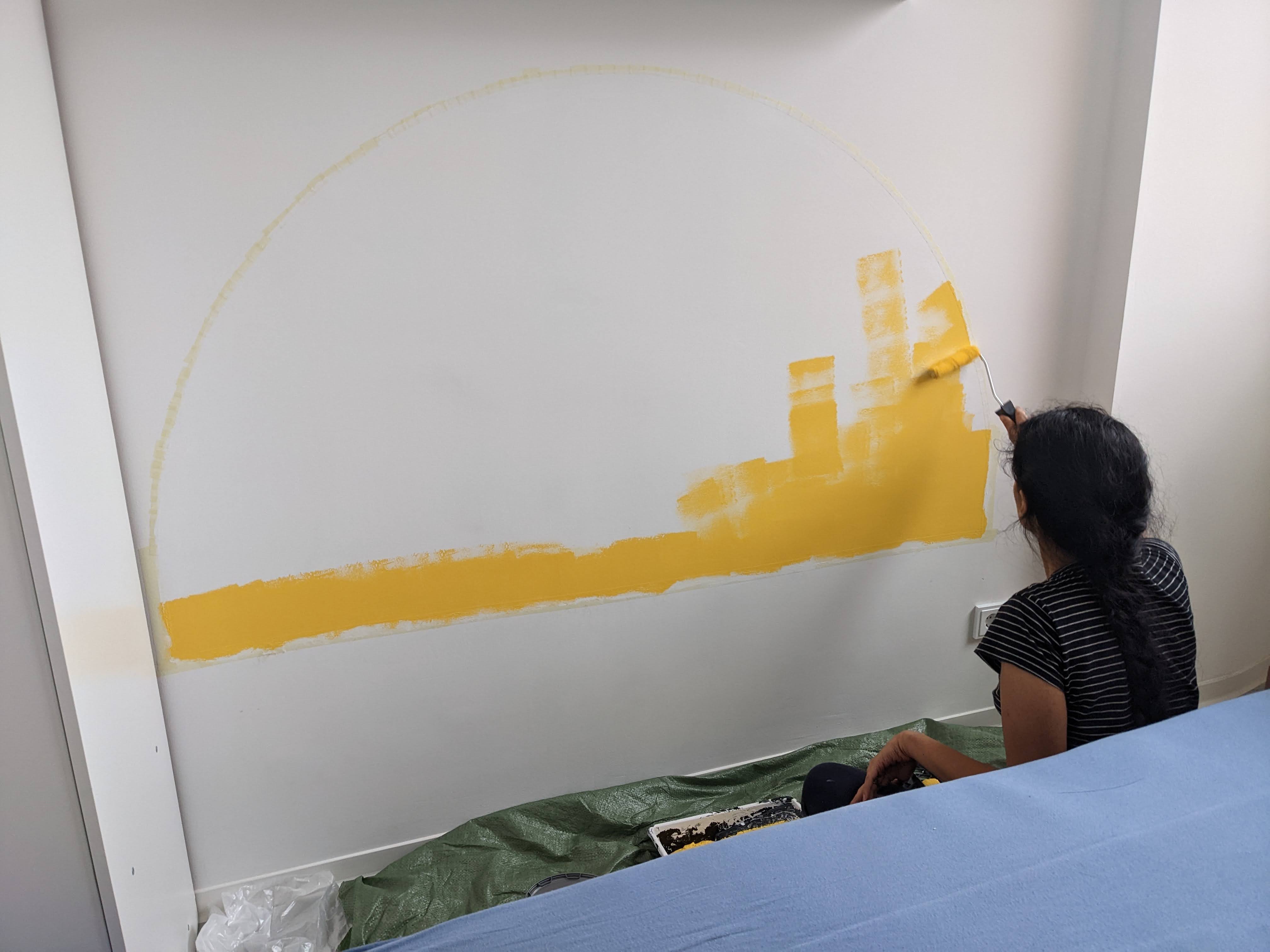 Overall we were really happy how it turned out :) Kavya was the brain behind this whole setup, while I helped with the drilling and procurement of furniture. I never set up a house before and while it was exhausting, the end product was quite rewarding. Almost all the furniture was either thrifted or bought second hand which was cost-effective and environment friendly. 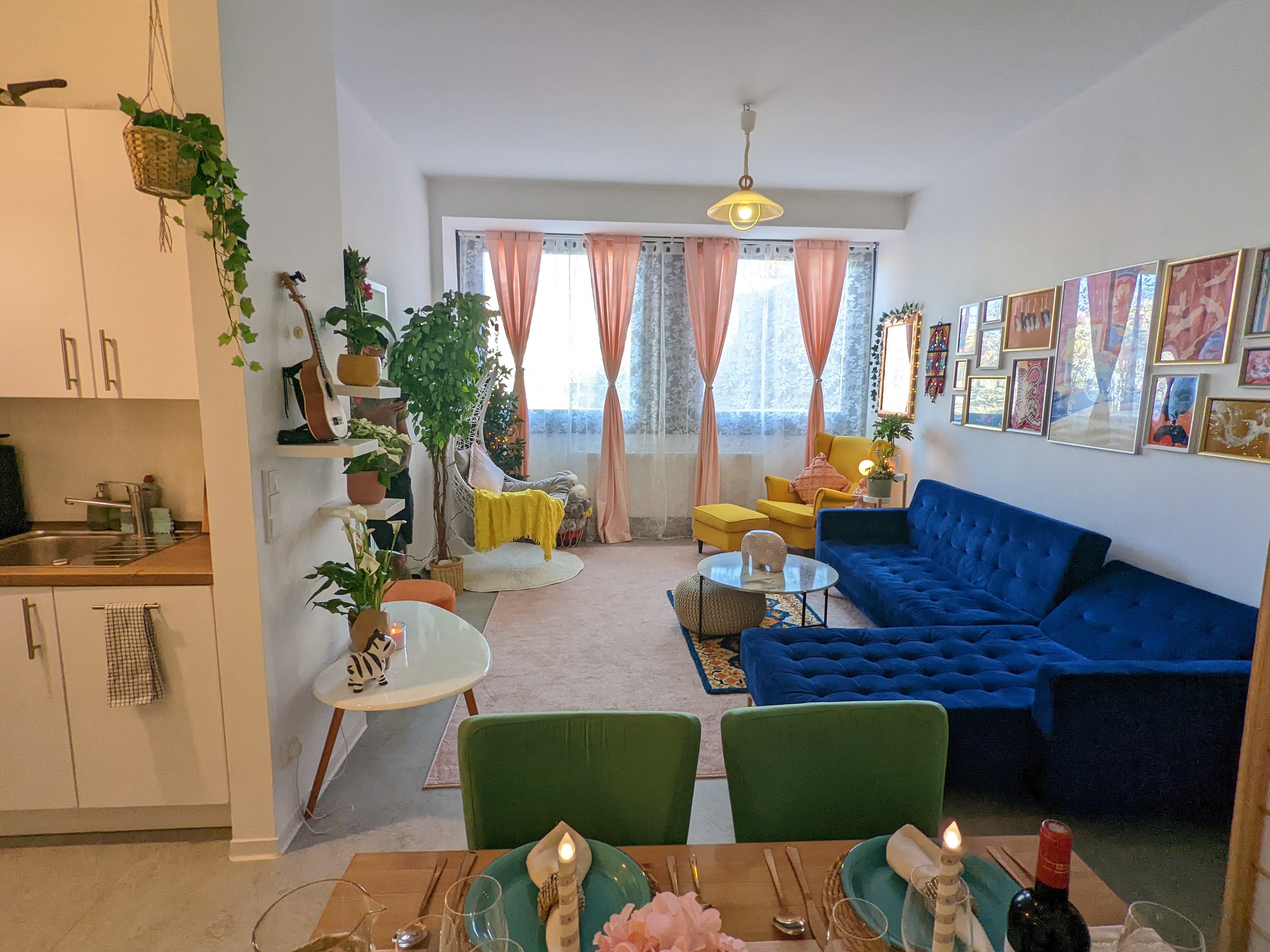 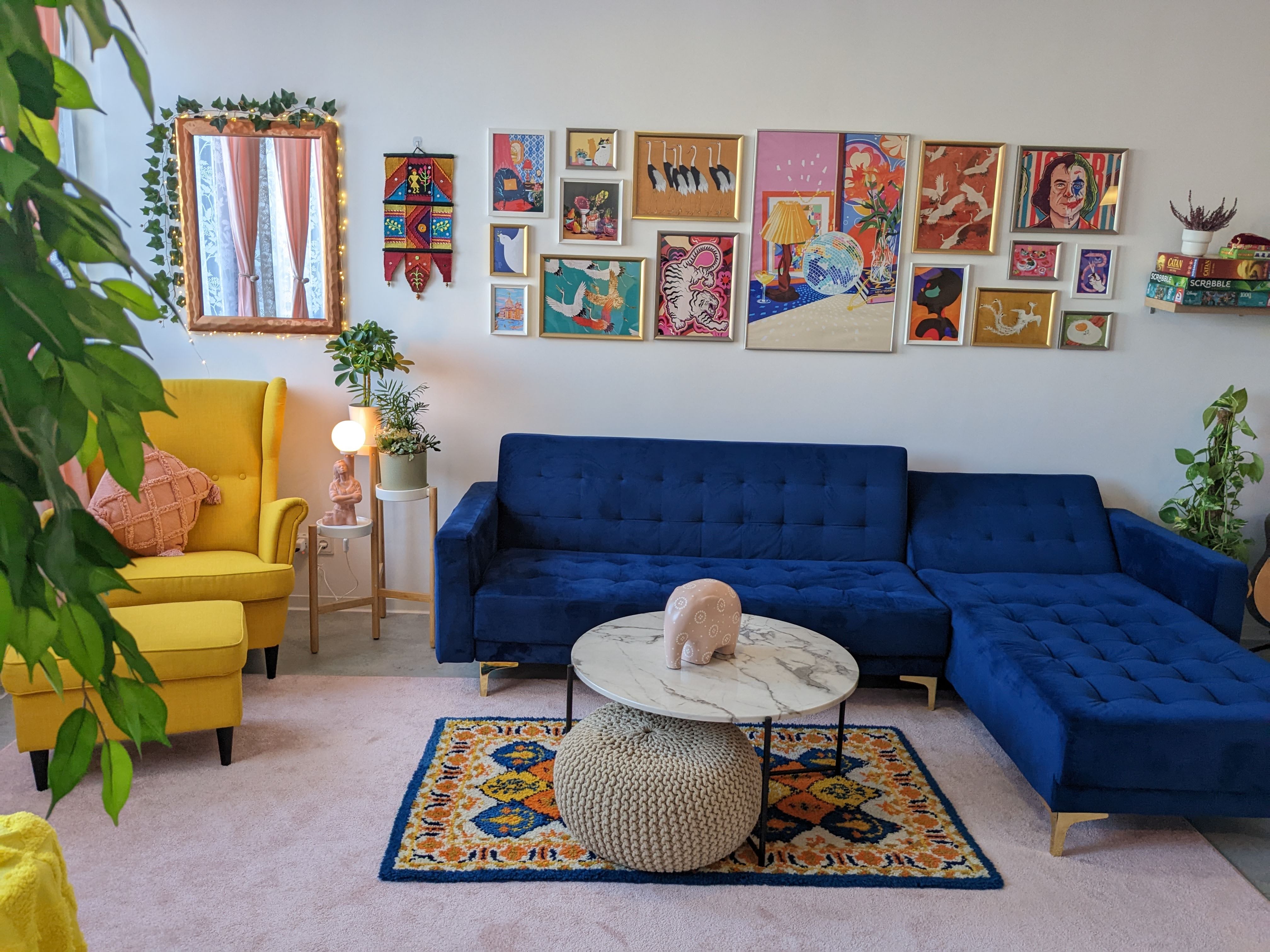 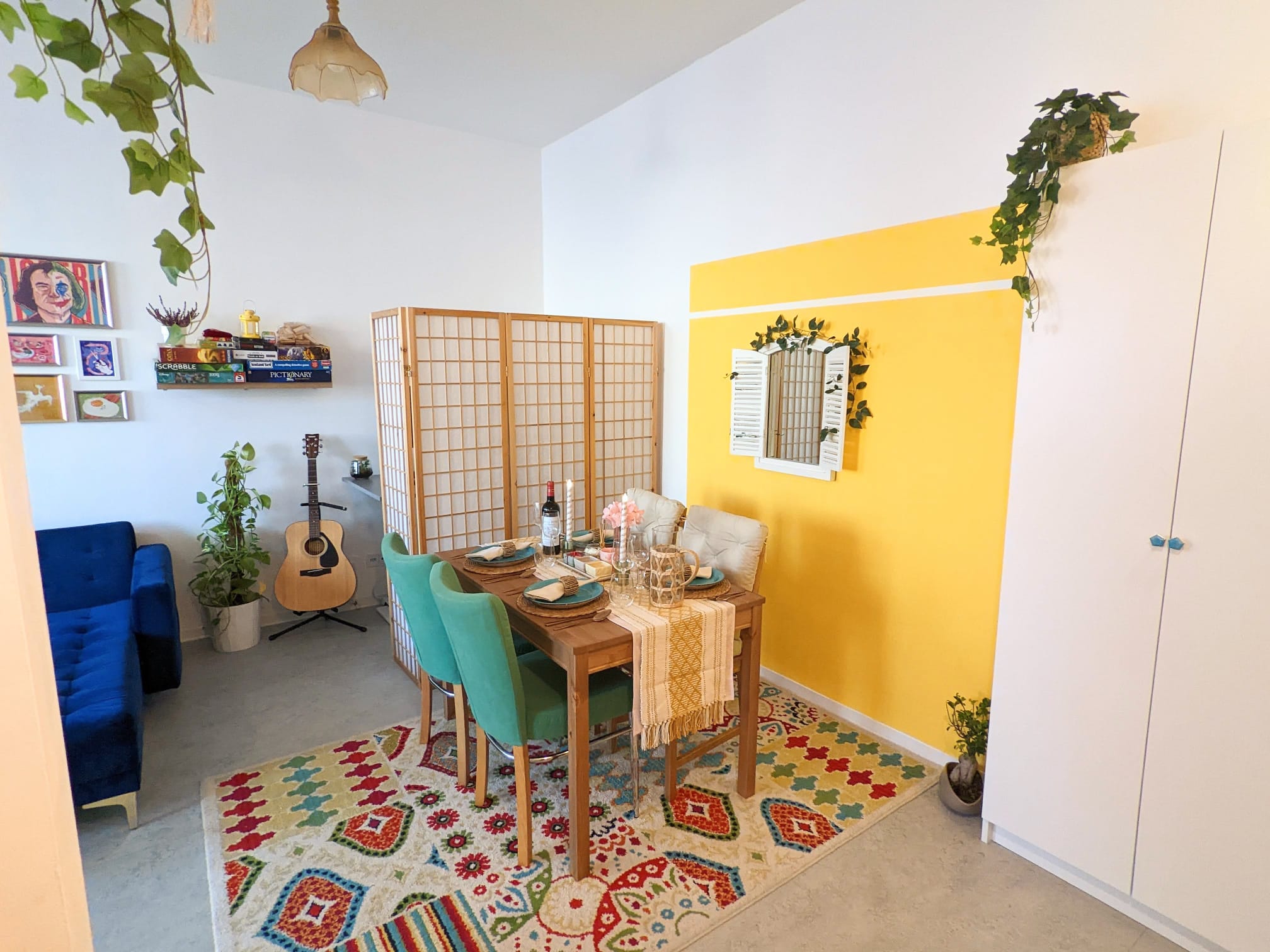 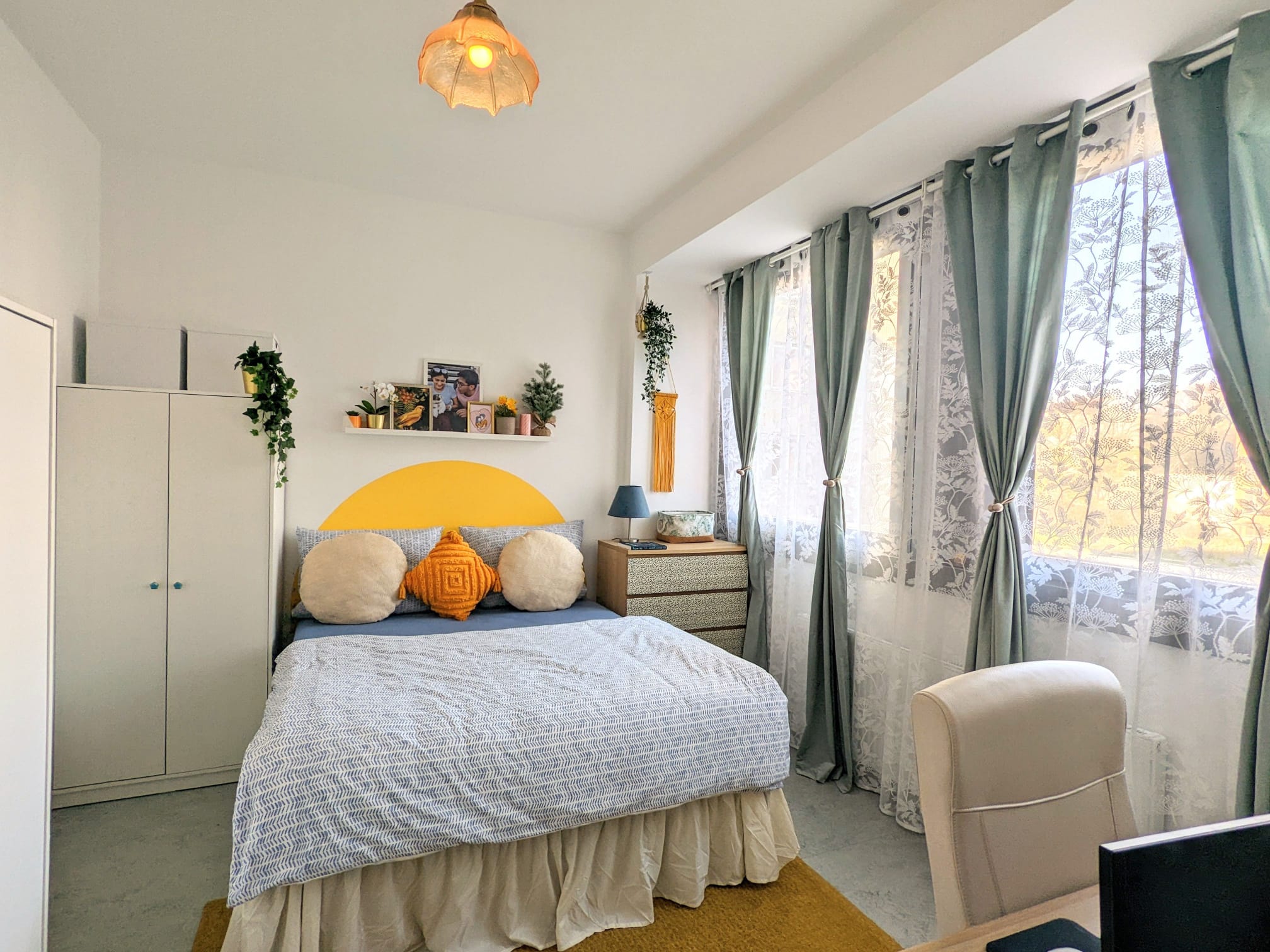 Finally, around December, I visited Vienna with Vidhi. Meeting college friends post college is such a different experience, you have shared so many years of college together, where you would have spent every other day in college hanging out. But this changes once college ends, the reason for hanging out no longer exists, especially with everyone moving to different cities for their job or further studies. It was nice to spend some time just catching up and touring a new city together.

I think overall 2022 was a great year, the biggest regret I have is not having travelled enough. Hoping to change this next year, watch out for my follow-up blog post for plans/goals for 2023.

While working at DeliveryHero I got some good exposure to leading a tech team from the technical side, I spearheaded the effort to create a new service while deprecating a legacy PHP service at the same time. I had a lot of fun there and learned a lot, especially around gRPC and microservices in Go.

Plus, the team was amazing, everyone worked with a collaborative mindset. I must say it is hard to come across such teams. I had a great time at DeliveryHero. But towards the mid of the year I realized I wanted to be working on something which is a little more technical at its core and wherein the end product was something tech. With this in mind I gave interviews at a few companies (Datadog, GitLab, Cloudflare), I finally zeroed in on GitLab, the team I was interviewing for was Gitaly.

The Gitaly team, in short, works on providing a Go RPC service over Git. This intersection of a Go microservice & Git seemed like a perfect match for me. Having had worked on the Git source code before a long time ago, I was super excited about this role. The interview process was so refreshing, while most companies rely on Leetcode + System Design rounds. GitLab does things a bit differently.

I had a total of three rounds at GitLab:

Overall I was super happy when I heard that I had bagged the role and after some negotiations I signed the offer letter! As of Aug 2022, I was officially a GitLab-er.

But working at GitLab is definitely a unique experience:

These changes take a while to get used to, I specifically missed the human interactions on a daily basis, but GitLab does have grants to meet other GitLab-ers often. Plus there are city specific Slack channels wherein people often try and co-ordinate co-working days.

Because I joined in August, I got to travel to Chicago in September to meet the team and attend Git Merge 2022. Git merge was really overwhelming for me (in a positive sense), while I’d worked on Git a while ago, I felt lost when things got very technical. This was OKAY though, cause this is how you learn. I think it helped me understand what I don’t know, and that’s important. Meeting the team was a pleasure, especially since GitLab contribute was called off due to the pandemic. It helped put faces to usernames. 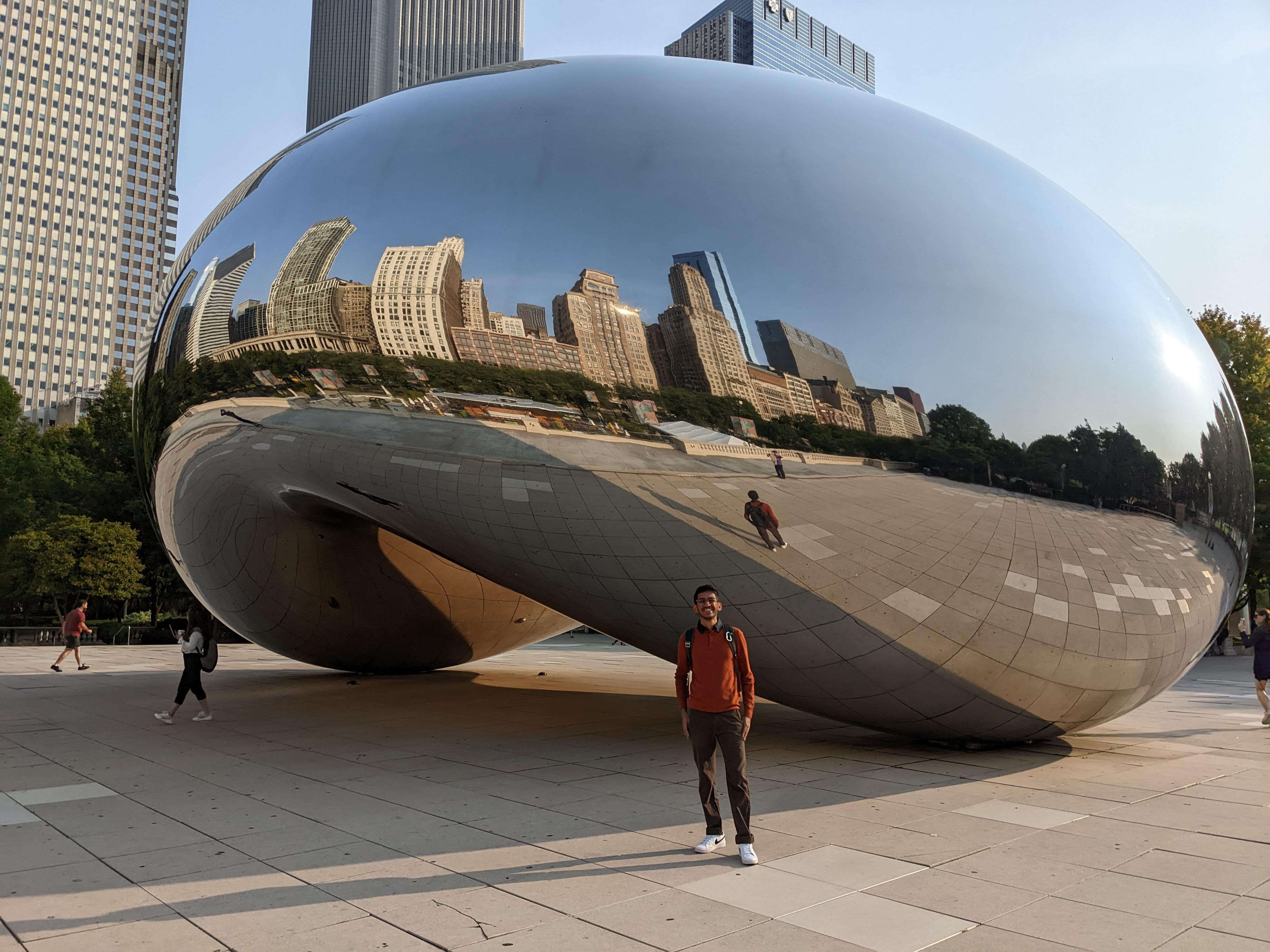 Over the last few months, I’ve been slowly trying to get a better understanding of the Gitaly service and also Git itself. I’ve also started to contribute back to Git and hope to continue doing this.

Apart from this I wish I could say I worked on personal projects, but I didn’t. That’s something for 2023, maybe?